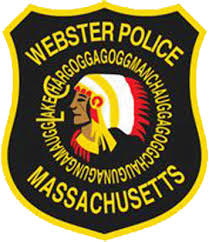 Paul was born in Webster, son of the late Thomas J. and Stella T. (Knurowski) Minarik and lived in Webster all his life.  Paul received his Master's Degree in Psychology from Clark University and his Master's Degree in Criminal Justice from Anna Maria College.  He served the Webster Police Department for 32 years and was also an Interim Town Manager while a search for a new Town Manager was conducted.  Additionally, Paul taught at Bartlett High School.  He was chairman of the Webster Retirement Board, and was a member of the Retired Chiefs of Police Association.  He had memberships, too numerous to mention, in many civic and fraternal organizations.

The family would like to extend their appreciation to the first responders, Webster Police, the staff of the Harrington Hospital ER and the staff at UMASS Memorial Health Care for their care and compassion.

Paul's funeral will be held on Monday, February 6, 2017, beginning at 9 am from the Shaw-Majercik Funeral Home, 48 School Street, Webster, with a Mass of Christian Burial at 10:00 am in Saint Joseph Basilica, 53 Whitcomb Street, Webster.  Burial will be in Saint Joseph Garden of Peace Cemetery, Webster.  Calling hours at the funeral home will be Sunday, February 5, 2017 from 1:00 to 3:00 pm.  The family requests that flowers be omitted.  Donations can be made to either the American Heart Association or the American Diabetes Association.  A guest book is available at www.shaw-majercik.com where you may light a candle or post a condolence message.

Charitable donations may be made to: