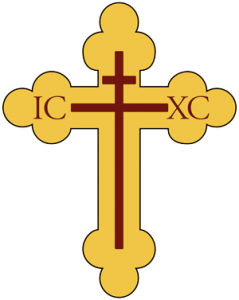 Charles Chito of Burlington, CT, formerly of Webster, MA, passed away at home surrounded by loving family on February 4, 2017.

Charles was born on May 14, 1923 in Lashova, Albania, immigrated to Istanbul, Turkey in 1935, and to Oxford, Massachussetts in 1956.  He is survived by his wife Antigone (Kerbici) Chito, with whom he enjoyed over 61 years of marriage, a son Michael and his wife Theoktisti of Quinebaug, CT,  and daughter Alexis and her husband James Ferraris of Burlington, CT.  He leaves one grandson Charles Lazaros Chito; 4 granddaughters:  Mary (Chito), her husband Kurt Pion, and their sons Jacob, Lucas, Matthew and Nathan; Dr. Nina Ferraris;  Angela (Ferraris), her husband Christopher Tucker, and their sons James, Owen and Charles; Christina (Ferraris), her husband Michael Phelan, and their daughters Kathryn and Margaret.  He was very proud of and enjoyed his grandchildren and great-grandchildren with much enthusiasm and love.  He also leaves a godson Louis Kerbici and his partner Patrick Guerriero, a goddaughter Pauline (Kerbici) and her husband Lorenz Jakober, brother in law George Kerbici and his wife Helen, as well as many nieces, nephews and cousins.

He was predeceased by his parents Lazaros and Vangjelia (Fidhe) Chito, a brother Yorgo Chito, sisters Thomaitsa Spiro and Aleksandra Skenderidhou, a nephew Vasilios Skenderidhis.
He was eternally grateful to the Nesta family for sponsoring his journey to the United States.

In Turkey, Charles worked at a patisserie.  He worked at a number of Webster, MA factories before becoming a partner at Kelly Square Pizza in Worcester, MA, from which he retired in 1985.  He was known for his culinary expertise, his passion for his garden and the generosity and support he provided to relatives & friends.  In 1986 Charles and Ann traveled to Albania to reconnect with his brother whom he had not seen in over 50 years.  He also cherished his time and friends in Pompano Beach, Florida.